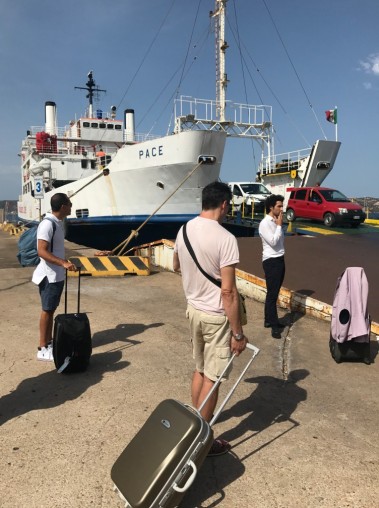 The ferry from Olbia to La Maddalena

The marina close to the hotel 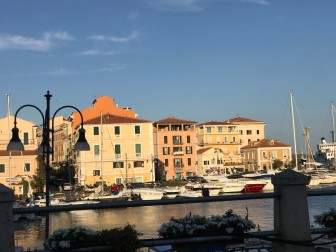 Travelling by public transport is always a challenge and when you’re over sixty and a bit tired it doesn’t get any easier. We dragged our luggage up the hill behind the hotel at Cala Gonone to catch the nine-thirty bus which went at nine twenty. Oh! thank goodness we are old and now often arrive a bit early. Despite that, we failed to get the connecting bus at Olbia. Forty minutes to walk about ten metres seemed perfectly reasonable. It was not to be. The bus arrived five minutes after the connecting bus left. Next bus was a three-hour wait away.

Nevertheless, if you are going to be stuck at an airport Olbia is a pretty good one and considering the temperature was in the low forties, an air-conditioned space was very desirable. We had time to get out the cash we needed, have a long leisurely lunch and use the free wifi to catch up on gossip and send some of our own. There was a good eating hall with delicious Italian food, lots of little boutique shops where I constantly considered the weight of my already overpacked luggage and so many people on holidays. Olbia is the airport for the Costa Smerelda a very ritzy port on the Sardinian coast visited by very ritzy individuals who mostly visit by boat or one of the fifty Learjets John counted. It was very interesting.

Finally, our bus arrived and the eighty people lined up just kept getting onto the sixty seater, until there was seriously no more room, even standing!!! The bus driver kept accepting the money and issuing tickets. I was bemused as there are seatbelts and a sign indicating that they must be worn. Eventually, he ambled off the bus leaving us there to melt, while he consulted with a colleague. They had another bus, a mini bus and we were never all going on that bus.

Next stop, Palau. The bus stopped at the port we walked in bought a ticket and were on our way in just fifteen minutes. Amazing! We arrived on the island of La Maddalena at about five in the afternoon and the sting in the sun was horrific. The GPS on John’s phone indicated we had a ten-minute walk. With backpacks and rollers over cobblestones, uphill and absolutely no shade it was excruciating.

We trundled past a makeshift marina and a few repair shops for cars and boats -an industrial area, so not salubrious. I was beginning to worry about my choice. At the end of the road on the point was a run-down looking hotel. It was in desperate need of a coat of paint however our room was large, clean and comfortable and most importantly it was air conditioned. As a bonus, there was a lovely balcony with a glorious sea view. Three nights here and we would be comfortable. 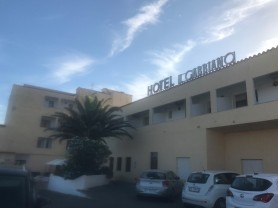 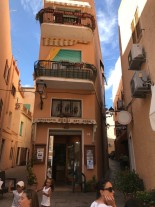 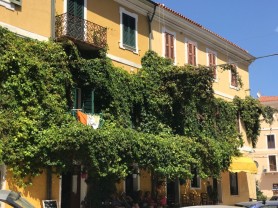 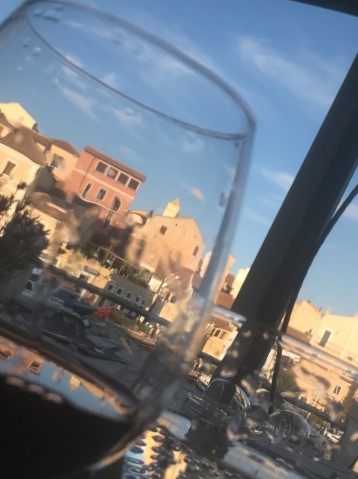 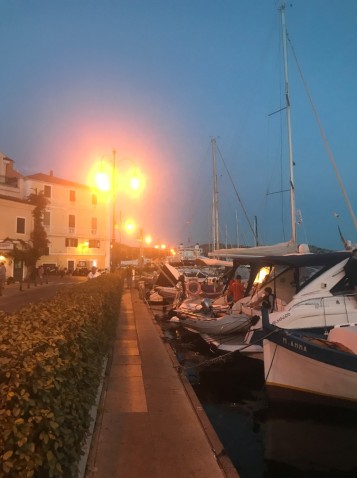