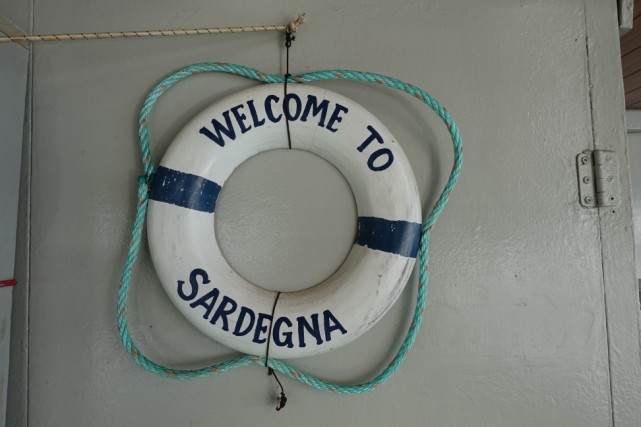 It was hot. Lucifer had swept over the South of Europe and was relentless. Bedraggled tourists assembled at little boxes to take tickets hoping for a reprieve from the heatwave. John and I were mystified as to how twelve people in an open Zodiac could get any respite from the scorching heat but the number of boats being hired out to groups and families with young children was surprising. Our choice was a covered fishing vessel and we were early hoping to garner a spot in the centre of the boat hopefully the shadiest spot. 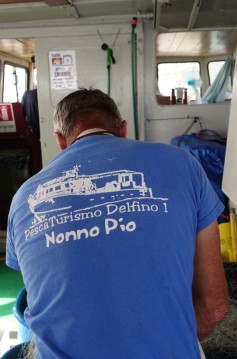 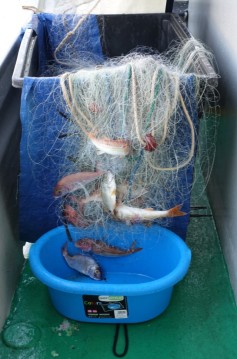 Our vessel was Dolfino 1. We were seventeen passengers and a crew of three. Departure was at nine and soon we were cruising south on the Sardinian Coast towards the Gennargentu National Park or Parco Nazionale del Golfo di Orosei e del Gennargent but firstly a little fishing. About half an hour into our trip the captain brought the boat to a stop near a small yellow buoy which marked the spot where he put the net the night before. He dressed for the occasion in an oversized white rubber apron, wellingtons and heavy rubber gloves. Tubs were prepared for the nets and a smaller one for the catch. Using the winch he manipulated the 300m net into the tub and deftly pleated each part that had a fish into the smaller tub. After retrieving a second net we had more than enough fish to feed the passengers and crew a substantial lunch. 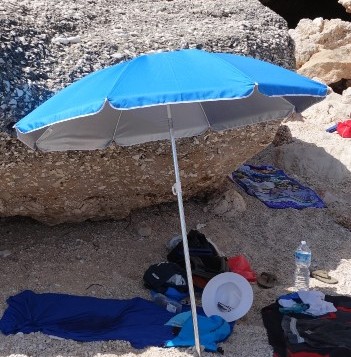 The coastline is spectacular and the colours of the water incredible. Our first stop was Cala Gorloritz and the Rock Needle. This was the beginning of the national park and basically we were just to take photos as swimming was not an option. Next, the stunning Mariolu. Here the fishing boat eased into a makeshift jetty and lowered the gangplank for us to disembark before continuing on and anchoring in the bay about two hundred metres away.

We joined the throng. The crowd was amazing. Hundreds of people hire zodiacs from Cala Gonone about ten kilometres away. People piled into them often six to a dozen bringing with them picnic baskets, umbrellas and all the other paraphernalia needed for a day at the beach. There are bigger boats too some holding as many as 200 people. These all come to the makeshift landing and off load their human cargo.  We had an umbrella and found a very large rock which cast enough shadow where we sheltered from Lucifer’s wrath. The water was pristine, wondrous in colour and cool. We had a wonderful swim.

Our boat announced it was time with a couple hoots and we scrambled over the rocks to the small jetty and back on board. Next lunch. But a treat first. We were taken to an exquisite area called the Venus pools where we were invited to jump off the boat into the water and swim to the little underwater cave and simply enjoy this amazing space. While we swam the crew reorganised the furniture and set up the dining area. As soon as we were aboard lunch was served. It was a simple feast of pasta, bread, grilled fish, salad washed down with Sardinian white wine and followed up with a local liqueur, Mirto. 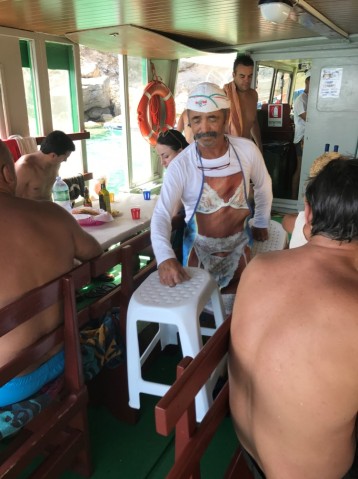 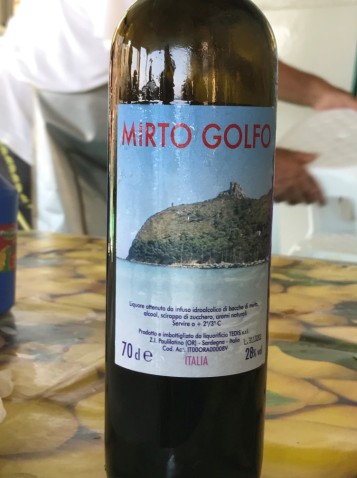 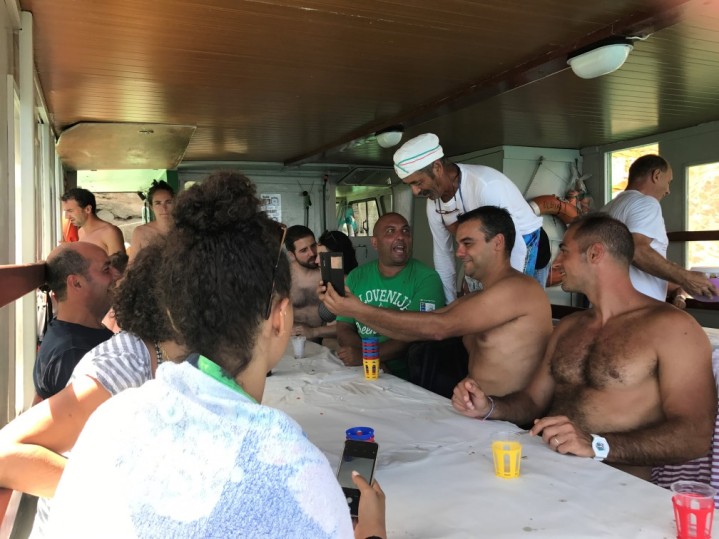 To complete the day, we had another couple of hours at Cala Luna where by this time long shadows covered parts of the beach and even extended into the water. My idea of heaven- swimming in the sea in the shade. What an amazing day!