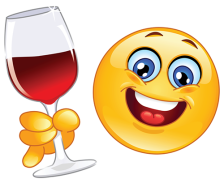 So we are going to a bar-be-que…but not just any bar-be-que. This is an Argentinian bar-be-que- an Asado!!!!

After a number of attempts we were able to organise our day trip with Mendoza Wine Camp to participate in an Asado. It was an early start…well for Argentina.. 9am is an early start and considering sunrise was 8:16, it really was an early start.  The mini-bus arrived and aboard was Adam, our tour guide and interpreter and Michael and Selina who seemed genuinely pleased to see us. Michael was particularly keen to learn about the cuts of meat and the traditional way of preparing them as he was a butcher from St Gallen, Switzerland.

Our host, chef an 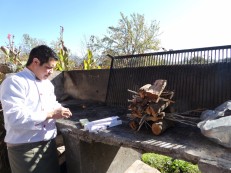 d Asador (grill-master), Fredrico, welcomed us to his hacienda and went through the basics of preparing the Asado. Firstly, the fire. He demonstrated how to build the pyramid of logs for an effective fire to prepare the coals and invited us to build a complementary fire for extra coals if need be. As a closet pyroma 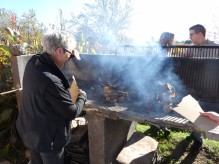 niac, I jumped at the opportunity and quickly established my fire. Fredrico also prepared the adobe oven using trimmed branches from the surrounding poplars which were used to define properties and sometimes as windbreaks. This would be for the vegetables and empanadas we would be preparing.

An Asado is a social event and even though our group was small we were very happy to follow all conventions and a few non-conventions. With the fire raging we needed sustenance. Fredrico’s wife presented us with a delicious starter of cold meats, cheese, olives and breads and of course wine. We stated with a Torrontes- a delicious white. It was about ten in the morning. We were ready to party.

Rewarded and inspired we were called back by the Asador to continue preparations. We chopped the vegetables in large chunks and arranged them into the pan. Fredrico salted and added a generous splash of olive oil and set them aside.

Next the chimichurri. Such a simple and delicious accompaniment! It was almost time for the meat. Our Asador displayed the cuts we would be eating and explained (mainly for our guest butcher) exactly where on the beast each section came from and how it would be cooked. All the meat was thoroughly salted with a coarse rock salt- an essential ingredient to a successful asado.

The parrilla is placed over the coals and the meat arranged carefully. 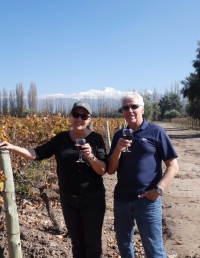 e wine and a roam around the property and into the vineyards with the snow-capped Andes providing the background. Ahh life’s tough.

Finally,  Fredrico indicated we were ready. We gathered in the dining room and as the meat was presented we applauded showing our appreciation in the traditional manner. Wine and conversation flowed deep into the afternoon. Our day was concluded with Fredrico demonstrating to us how to make and drink mate, a particularly curious habit of many Argentinians in the area. 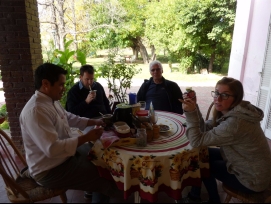