Oh, I feel like death warmed up and my ear thinks it is some sort of acoustic system and constantly crackling and popping and generally making a nuisance of itself!!! Maybe the Bandol rose and the Cassis white after a wonderful pint of Belgian beer wasn’t the best idea and I wonder how effective the antibiotics are now. Well I have decided to give them a chance to work and to indulge in another round. Sickness while travelling is not an option, I’ve decided. I will just have to get over it. Ohhh but it’s not easy!!!

The rail trip from London St Pancras to Marseille, Saint Charles was just six and a half hours with stops in Lille, Lyon and Avignon. We arrived a minute early and there on the platform was Sue and Peter. How cool. The last time we saw them we were wedding our children- Sara and Ben.

I had forgotten how tall Peter was. I did upgrade the car but from economy to compact and felt pretty awful because it was very compact. Despite this we managed to fold Peter into the back seat and succeeded in squeezing all but one cabin bag into the boot. Turned out there was enough room in the back for Sue and Peter to sit reasonably comfortably accompanying the little cabin bag. We were off- destination Cassis. 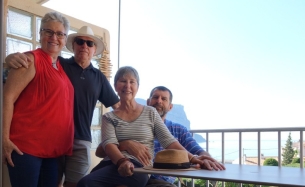 Our accommodation was a little bit difficult to find but that is to be expected when the town is old, filled with one-way streets and houses and apartments cling precariously to the hillside. It was of generous proportions, with a fabulous view over the port to Cap Canaille and we had just a hundred metre walk down the hill to the port. Brilliant! 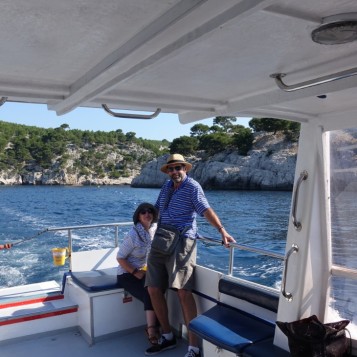 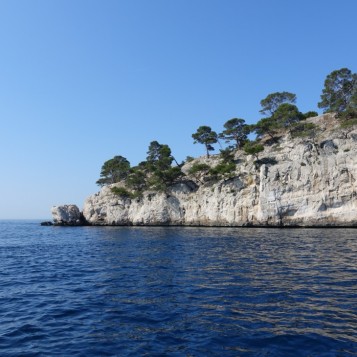 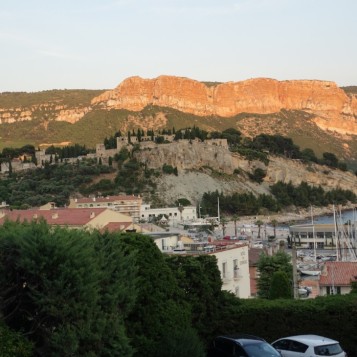 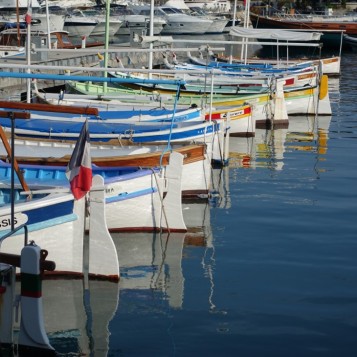 John went with Sue and Peter the Celanques first thing in the morning and later we explored the little town and indulged in an aperitif. Then John lost his spectacles! What a drama! Despite retracing his steps, they were gone forever! Thankfully we are old and do things like take a spare pair. 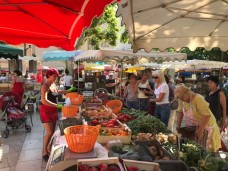 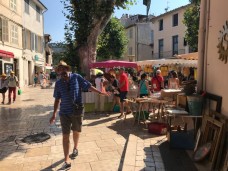 The morning we were leaving we wandered into the village to discover a wonderful market. We easily filled in our time before the agent came back to check the apartment and return our deposit. 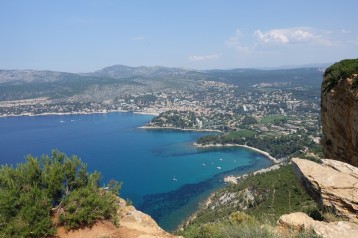 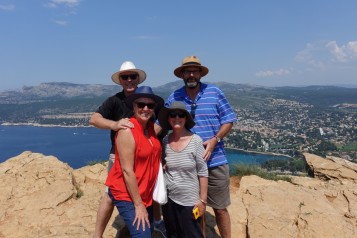 Our next port of call was Le Royal and we decided to take the scenic Route de Cretes over Cap Canaille, from which we had a spectacular view of Cassis. The weather was perfect and the traffic bearable. It is the South of France after all.